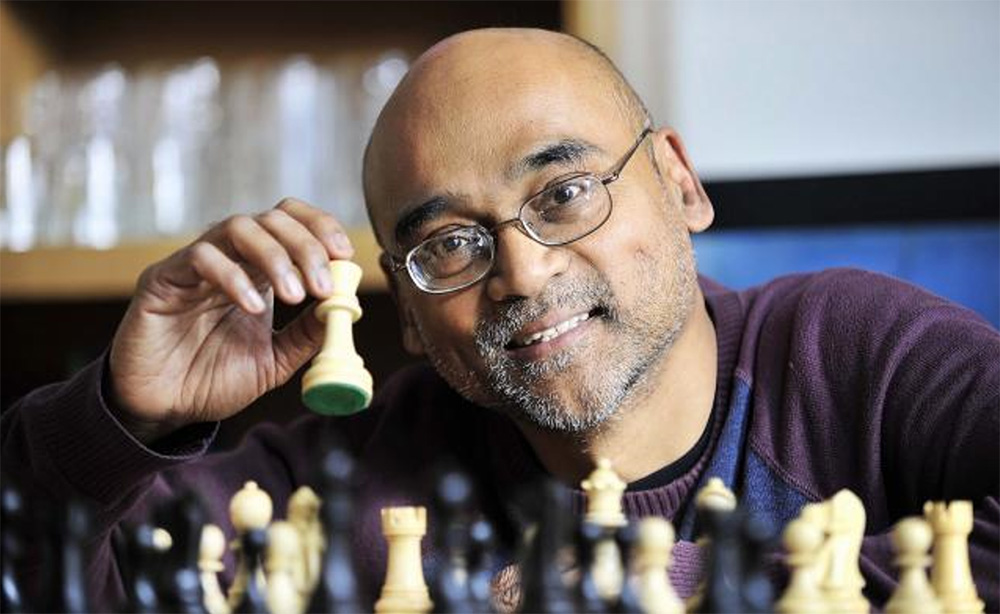 Winston Williams, a much-loved West Yorkshire player and junior coach who was the originator of Bradford’s Chesstival in the Park, has sadly passed away on July 29. Winston, a FIDE Candidate Master, played with distinction for Singapore in the 1980s and won two international titles in Chinese Chess. He was 62.

The idea for the Chesstival came from Winston, who proposed the idea of a public festival in central Bradford’s Centenary Square to the Bradford and District Chess Association. He was one of the main organisers of the Chesstival, first held in 2013, which featured various exhibition tournaments and open-air chess games for the public, plus simuls by a host of titled players, including GM Gawain Jones, WIM Sue Maroroa, and IMs Malcolm Pein, Andrew Ledger and Richard Palliser. The Bradford chess scene gained many new enthusiastic players as a result of these imaginative events.

But Winston’s chess activities in West Yorkshire were just one chapter of a varied career, which included him playing for the Singapore national team, winning international titles in Chinese Chess (Xiangqi) and reaching the rank of Inspector in the Singaporean Police Force.

Winston was born in London on February 20, 1958. His family moved to Singapore, and by the age of 15 he was a strong junior chess player, representing The Anglo-Chinese School as it won the Singaporean National Schools Team Championships for the first of three consecutive years.

In 1974, Winston drew with the legendary GM Paul Keres in a 30-board simul, and later that year beat the Australian master Max Fuller in a simul against the Singaporean junior squad. The following year, he claimed another famous scalp, becoming one of 4 players to defeat GM Alexander Kotov in a 16-board simul.

Chess took a back seat as Winston did his national service, then studied at a university in West Germany. On his return to Singapore, he joined the Singaporean National Police Force, and attained the rank of Inspector.

It was in the 1980s that Winston achieved his biggest successes as a player, in 1987 playing for Singapore in the Asian Team Championships and finishing 7th in the Singapore National Championships.

Winston also enjoyed great success in Chinese Chess, winning the non-Chinese section in the 1st Xiangqi World Championship in Singapore in 1990, and then defending his title in China the following year. He was also a co-author of the English-language book “Chinese Chess for Beginners.”

Winston is remembered fondly in the Singaporean chess community.

FM Wong Foong Yin said, ‘This is very sad. He was an ‘old boy’ of the Anglo-Chinese School and he came back to help out his juniors with sparring matches and I got to play some games with him.’

IM Chan Peng Kong also has happy memories of playing Winston, when he was an Investigation Officer with the Singapore Police Force. ‘I remember how he played with a pistol strapped to his ankle,’ he said.

Winston moved to Yorkshire in 2003, where joined Bingley Chess Club in Bradford, but his love of the game and amiable personality soon had a lot of people asking for him to play for their own clubs. He was soon playing in the Bradford, Calderdale and Leeds leagues with great success.

Winston volunteered his services for a number of years running the Bradford League individual competitions, as well as helping with arbiter duties at the Bradford Congress and the British Rapidplay in Leeds.

Winston also became involved as a tutor in several local schools for the charity Chess in Schools and Communities and ran a Saturday morning children’s chess club at the Reginald Centre in Chapeltown, Leeds.

Bradford players recall that Winston would always create an interesting game, sometimes with his favourite offbeat White openings, 1 f4 (The Bird’s Opening) and 1 c3 (which he often turned into a Reversed Caro-Kann). Winston was always willing to go over games with his opponents and share his insightful and quirky thoughts about the game.

A thoroughly lovely chap who had a passion for chess, his enthusiasm was contagious. He was very well loved in the local leagues and he will be greatly missed.

CHECKMATE COVID – The Rematch, this weekend!