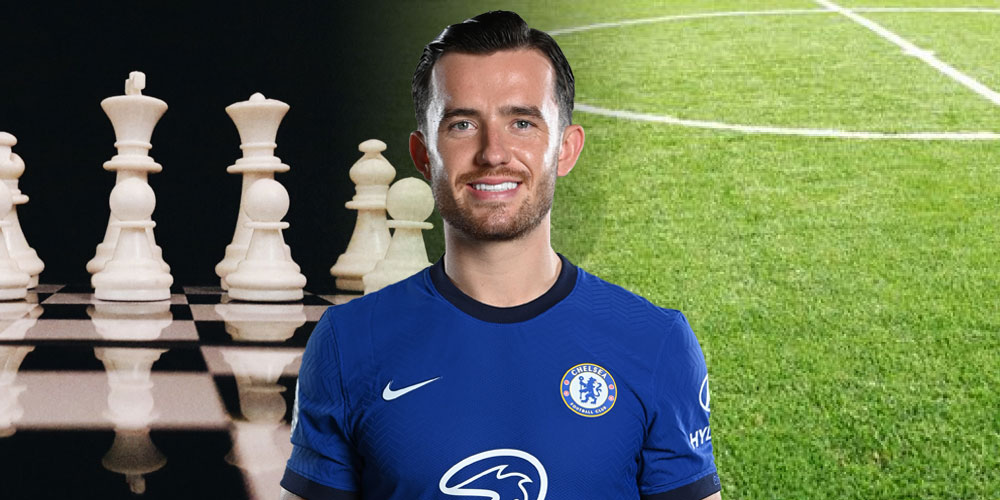 Chelsea FC star Ben Chilwell made a video this week about how chess has helped in tough times and is one of the diversions he has used to cope with life in lockdown. He is one of a growing number of top footballers who enjoy playing chess. Amongst them is Trent Alexander Arnold, who has played World Champion GM Magnus Carlsen, and Crystal Palace defender Martin Kelly, who recently played nine-time British Women’s Chess Champion IM Jovanka Houska.

The Premier League released an interview with Ben Chilwell this week, as part of their support for Public Health England’s “Every Mind Matters” campaign. In the interview Chilwell commented –
‘There are a few things I’ve found to keep myself busy … activities that are really going to challenge your brain and keep you interested through very tough times. Me and Reece James play online chess against each other quite a lot. He wins a few, I win a few. We played a game on the way back from Russia in the Champions League. I think it was one game, but it took four hours – the whole flight!
I actually asked my mum for some chess books and a chess board for Christmas! That has obviously helped me.’

Playing chess ♟
Keeping in touch with family 📞@ChelseaFC’s Ben Chilwell talks about the small things that are helping him remain positive#EveryMindMatters pic.twitter.com/HUQgBQ71kT

There is no official association between the Premier League, its clubs or Ben Chilwell and the English Chess Federation, but please visit the Premier League website to find out more at https://www.premierleague.com/news/1974578. If you are new to chess or looking for resources to improve then please have a look at our New to Chess page here – https://www.englishchess.org.uk/new-to-chess/

[image courtesy of the Premier League]