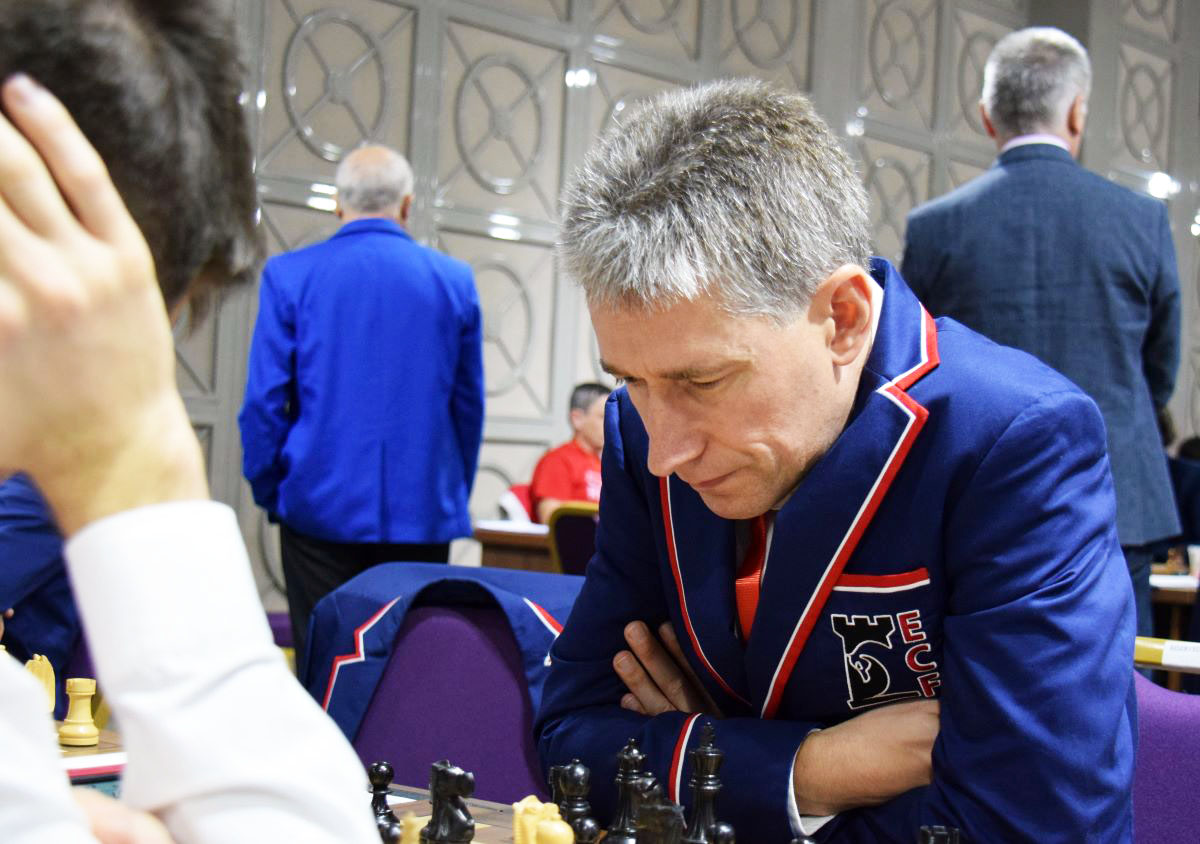 More medals for England in European Open Teams Championship! A fine all-round team performance secured the England team well-deserved Bronze medals in the European Teams Open Championship in Batumi, Georgia (24 October – 2 November), crowning an incredible 12 months for the national side, adding to Silver medals in the World Teams in March and 5th in the 2018 Olympiad.

England scored six wins and two draws to finish on 14/18, just one point behind Gold medallists Russia on 15/18 and Silver medallists Ukraine, who also finished on 14/18 but were slightly ahead on tie-break.

Plus scores by the whole team were the hallmark of an extremely professional performance: Mickey Adams scored an outstanding 5.5/9 on Board 1, while Luke McShane with 5/8 on Board 2, David Howell with 5/9 on Board 3 and Gawain Jones with 5.5/8 on Board 4 did a fantastic job considering they had rushed across Europe just two days after their exertions in the super-strong FIDE/Chess.com Grand Swiss in the Isle Of Man. Reserve Nicholas Pert scored a creditable 1.5/2, crucially giving Luke and Gawain a rest day each early on, allowing them to conserve their energy amid a punishing schedule.

The medals were finally secured due to an excellent 2.5-1.5 last-round victory over Germany, which came thanks to a great fighting win by GM David Howell in the fourth hour of play. As usual, Mickey was super-solid on 1, and Luke and Gawain held draws.

Highlights of this trip to Batumi included fine wins over Armenia, Croatia and the Netherlands, plus a memorable 2-2 draw with Gold medallists Russia, thanks to an accomplished endgame win by Mickey over Russian top board Dmitry Andreikin and a Harry Houdini act by Gawain to save a draw against Maxim Matlakov on Board 4.

A fine team spirit and some good individual scores were also a feature of the England Women’s team’s performance in Batumi, although the mixed overall result (including 3 wins, over Belgium, Sweden and Switzerland) was about par for the team’s rating. As well as Jovanka Houska’s heroic 4.5/9 on Board 1, the addition of England debutante WGM Katarzyna Toma was a big fillip to the team, and her 5.5/9 on Board 2 was the team’s best score.

ECF International Director Malcolm Pein, who captained the England Open team, said ‘I am immensely proud of all our England players in the Open and Women’s teams, and the Open team’s excellent Bronze medal performance – coming after brilliant results in the Olympiad and World Teams – shows that we are now one of the very best teams in the world. The players would particularly like to record their thanks for all the messages of support and congratulations they received from ECF members throughout the event. It really boosted our spirits, knowing that the English chess community was rooting for us.’