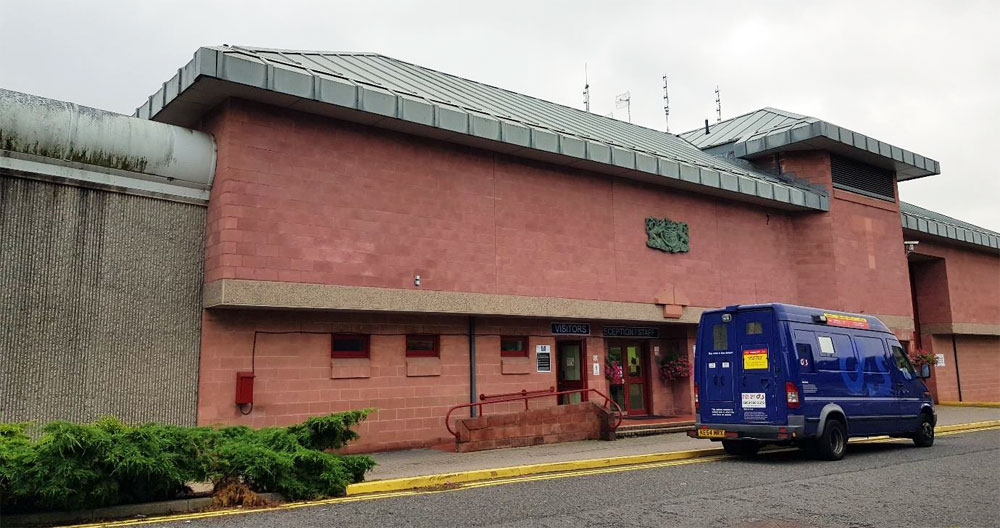 My prisons chess roadshow continued with a visit to HMP Hewell in Worcestershire on Wednesday 31st July 2019. This had been a long-standing commitment and I was very happy to represent the ECF at this multiple category prison.

HMP Hewell was officially opened on 25 June 2008. This site performs the local function of the group holding remanded (including Potential Cat A prisoners), sentenced and vulnerable prisoners. The units are purpose-built modern accommodation built to the ‘Bullingdon’ design. Clare Pearson is the Governor. The buildings in the grounds and park lands are Grade II listed and the site includes a site of special scientific interest. It is a prison currently experiencing many challenges, including manpower resources, so it was all the more impressive that several people gave of their own time to attend and manage this event.

I travelled there and back same day and gave a 21-board simultaneous exhibition. Chess playing strength varied from the prison team (which is always the case) but the Albanian contingent were among the best, along with a prisoner from the Far East, who was also very good. The event brought people together who might not normally mix, and the prison staff commented more than once on this fact and how good it was. The games were interesting and my opponents were certainly up for it.

There were plenty of spectators too, and tea and cake were provided which was very welcome. I also had a complimentary lunch made by the prisoners – including the gentleman that drew with me!

Comments from prisoners included the fact that they are able to study chess in their cells, which is useful, and that chess helps them to think and pass the time productively. They promised to try to make a chess a more regular event. They were also keen to
hear news of the chess world, including who the current World Champion is and how to deal with the Sicilian Defence!

One of the prisoners held me to a draw but I won the other 20 games, suffering no losses. As usual, for the weaker players I was happy to give moves back, and general advice as well as passes when they wanted more time to think. The standard overall was generally quite good and almost all players would find a place in a chess club team. As is usually the case, prisoners were quite good at opening moves but struggled a little as the game went on. I always recommend learning a few endgame techniques which will serve them very well. I also spoke about pawn structures and the importance of thinking about these little fellows right from the start. I also spoke about the ECF and I donated three sets and boards, some books and chess magazine and a chess clock. They will all be well used, for sure.

My thanks to the ever-industrious Lorraine Grace, who is tireless in her quest to bring regular chess to HMP Hewell, and to her trusty colleague Laura who helps grease the wheels to get the chess show on the road. I am very grateful also to Deputy Governor
Amanda Hughes for taking time from her busy schedule to attend and make the opening introductions. She is most definitely onside.

It is clear that these members of HMP Hewell staff are passionate about giving prisoners the opportunity to play chess and this is highly commendable. Personally, I would like to see chess feature in any prison inspections as part of the educational programme for inmates. Chess does after all cover many issues across the educational spectrum including history, mathematics, English, geography, and art. It also clearly brings people together and develops critical thinking as well as responsibility for decisions and learning how to be magnanimous in both victory and defeat.

All in all, a productive day full of value!