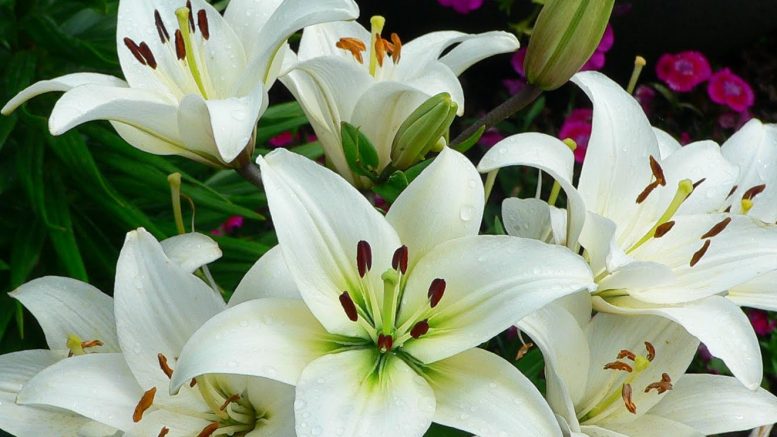 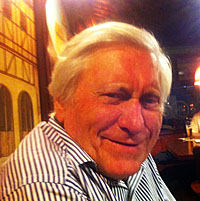 Dave passed away peacefully on Saturday 8 July. Until about four weeks earlier he was in robust health, normally walking four miles a day. We were partners at bridge. He complained that day of some deafness in one ear. He later became very ill and was put into a coma from which he never recovered. It turned out he had pneumococcal meningitis.

Dave was a FIDE Master with two IM norms and one GM norm. His last rating was 2210 and he last played rated chess in 2010. Dave was like a river, indeed a torrent, which ran through British chess. Many people have written about his impact on them.

Dave was a prominent member of a group of youngsters from Harrow, including David Levens and David Mabbs. Eventually they created ‘Cedars Chess Club’ which had a substantial impact on British chess in the 1960s and later. Norman Stephenson also became a member of that group when he came to live in London. Dave won the British Boys (U18) Championship in 1957. David Mabbs won the same event in 1958.

He first became known internationally in 1957 at the London Boys (U18)  Championship. I was no longer eligible to play, having been born before 1 September 1957. I was chatting in the office of the organiser of the event, Bert Hopkins. Rumens and Mabbs met in Round 10. ‘There’ll be trouble between those two’, said Bert. ‘Nonsense’, I replied. ‘They always play perfectly properly’. At that moment the Chief Arbiter of the event, Mike Sinclair, burst in. ‘There’s been an incident on Board 1’. What had happened was that Rumens had mated Mabbs, but his flag fell before he could press the clock. The Laws were very unclear. There was a discrepancy between the French original and English translation. Afer six(!) months, FIDE ruled that Dave Rumens had won and thus won the London Boys. The Law has basically remained unchanged since then.

6.2.1 During the game each player, having made his move on the chessboard, shall stop his own clock and start his opponent’s clock (that is to say, he shall press his clock). This “completes” the move. A move is also completed if: 6.2.1.1 the move ends the game (see Articles 5.1.1, 5.2.1, 5.2.2, 9.6.1 and 9.6.2. There was no rancour between the two friends about this incident. In those days, Mabbs and Rumens were regarded a bit like Jack and Jill or Laurel and Hardy.

Dave represented England in the World Junior (U20) Championship in 1959. He lost to Carlos Bielicki in the last round and thus the Argentinean won the title. Dave came 2nd-4th.

He represented England in a number of international events, but never in the Olympiad. He came 3-7= with 7.5/11 in the British Chess Championship of 1981 – that was the first one I ever organised. He last played in the British Senior (60+) Championship, but only scored 4.5/7. However, he probably got the event most publicity in 1958, according to Bernard Cafferty, when he played in the British in Leamington Spa, commuting every day from London by train. That captured the attention of the press, more than any of his results.

Unlike most of us, on leaving school, Dave went to work on the railways. He had always had a passion for trains. Indeed, he and Mabbs first met as train-spotters, not as chessplayers.

Possibly more than anybody else, Dave took advantage of the Cutty Sark (now Tradewise) Grand Prix. He won it in 1976 and 1978. That, and his winnings from mostly weekend congresses, enabled him to make a living from chess in this period. His success in congresses led to his pet line against the Sicilian being dubbed by Leonard Barden as ‘The Grand Prix Attack’, the name by which it is still known — 1 e4 c5 2 Nc3 Nc6 3 f4 — few current chessplayers have had an opening variation named for them.

Gordon Cadden introduced Dave to junior coaching in 1993. When we were youngsters there was virtually none in England. We attended just one course conducted by the late Bob Wade at John Lewis’s. I believe Dave had one short meeting with the late Cenek Kottnauer just before the World Junior.  I think the example set by Michael Basman, and possibly Dave, had a big influence.

Dave exulted in teaching chess to children. He said it kept him young. He came to the British Championships most years as such a coach. He travelled all over London, of course by train. Among others he coached were the late Jessie Gilbert, Isaac Sanders and David Howell. He was coaching on the very evening before he was hospitalised.

Dave continued to have a considerable appetite for science until the end. He consumed approximately three books on the subject each week.

You can find a substantial number of anecdotes about Dave on http://www.ecforum.org.uk/viewtopic.php?f=46&t=9191. At the time of compilation of this note, 21 people had contributed.

15-year-old Raghav Nayak, a pupil at Westminster School, has this to add —
‘Dave coached me almost exclusively privately, with very occasional groups lessons for things such as collective preparation for the England Team Trials or his latest Grand Prix Attack innovation that he wanted to share with everyone. Lessons with him took place at my house for 2 hours every week, almost without fail for six years, and we often overran, not only because he was brimming with enthusiasm (though this was certainly a significant reason), but also because he enjoyed staying longer to have a chat about life and chess in general. I never lost contact with him or forgot his ideas, even when we only met occasionally in 2016. His emphasis on tactics, the endgamec and working it out for yourself, rather than being spoon-fed, meant that his students grew to be very strong, well-rounded players with a real understanding of the game and, more often than not, an inherited specialty for attacking. His warm charisma remains firmly in the hearts, games and personalities of those who knew him and were taught and inspired by him.’

With regards to his notable games, the one of which he was clearly most proud was that below. It is not to be found on ChessBase.

Dave first married the poet, Carol Rumens and they had two children, Rebecca and Kelsey.. They have two grandchildren by Kelsey, Isabella (12) and Sam (10). His second wife was Juanita Escudero from whom he was also divorced. He remained in close contact with all of them.

Our condolences to all of them.

Dave’s cremation will take place Monday 14 August at 2.45pm at The West Norwood Cemetery, Norwood Road, West Norwood, London SE27 9JU. Space is somewhat limited, so anybody wishing to attend should contact Rebecca Rumens at reberumens@gmail.com as soon as possible. A celebration of his life will take place at a future date, time and place yet to be announced.