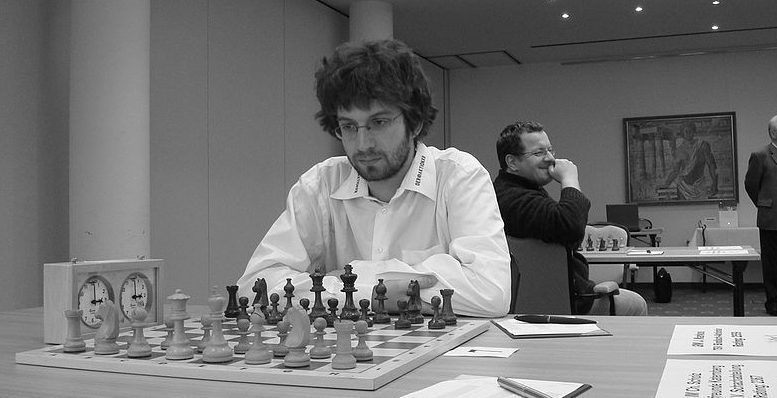 The quality of many of the books received this year was high, but not all made it to the shortlist. Similarly, the selection of the winner from the shortlist proved extremely difficult, as all four of the candidates were not only of high quality but also contrasting subject matter – Alekhine’s Odessa Secrets; a very good book on the Carlsen v Karjakin World Championship; and Small Steps to Giant Improvements, a study on pawns which had a remarkable, positive effect on the writer’s (Shankland) playing career. The winner stood out for its original approach and quality of writing.

The author, GM Jan Markos, is a distinguished Slovakian academic working in the field of critical decision making and brings to his chess book the influence of his background. This is shown in the chapter titles of Part 1 – About the Laws of the Chess Board: Three Faces of a Piece; Hierarchy on the Board; Infection; Policemen of the Chess Board. Under the Surface is not a traditional chess text book, but rather a travelogue covering a wide variety of chess subjects, with insightful references and analogies to life away from the chess board. One example – the famous Mischel marshmallow experiment with children (read the book to find out what it was) is shown  to be applicable to chess playing! 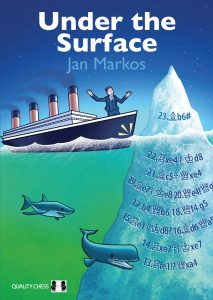 Markos is also a GM, so the chess examples from his own and contemporary master play are serious and relevant to the narration. ‘The Secret Life of Rooks’ is an exemplary explanation of their characteristics and the best way to use them. Chapter 10 features ‘Anatoly Karpov’s Billiard Balls’, where Markos is stimulated to find a feature of bishop play not previously mentioned in text books.

Apart from chess positions and playing, other subjects are covered including ‘Quality and Style’ and ‘Searching for Beauty’, the latter discussing a survey he undertook on a Czech chess web site.

One of the most interesting sections is Part 6 ‘About Computers’. A chapter shows computer limitations, another shows how computers can create original strategies, a third the potentially misleading effects of computer-based statistics. An extremely stimulating chapter is titled ‘The Magician from Brno’, who turns out to be the world No.1 in the International Correspondence Chess Federation. And how does he win correspondence games when all players use powerful computers? By using human judgement and intuition in conjunction with his computers – an encouraging conclusion!

Quality Chess deserve recognition for persuading Markos to write ‘Under the Surface’, and producing the resulting book to a very high standard. All in all an original, fascinating and very worthy winner of the 2018 Book of the Year.

Return of OTB chess in Sheffield