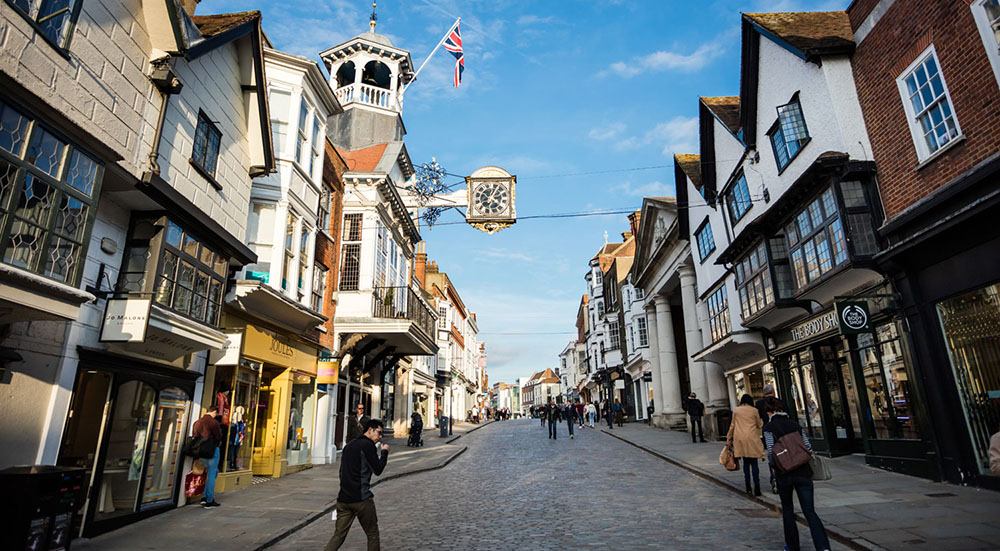 Guildford Chess Club is celebrating its 125th anniversary, and is running a special event in Guildford High Street on Saturday 11th September from 10.30 – 16.00 – a 125-board simultaneous display given by some of the top chess players in England, including Grandmaster Gawain Jones [former British Champion and current European Online Blitz Champion] and Grandmaster Nick Pert, former World Under 18 Champion!
Other Masters giving the simultaneous include former British Women’s and British Senior Over 50s Champions, a former Guinness World Record holder for playing the most games simultaneously, and three of England’s very best young players. This is your chance to play against some of them for FREE!

The event comprises three playing sessions starting at 10.30, 12.30 and 14.30, and you can book your place for any one, two or all three of these sessions, each of which is anticipated to last up to 1½ hours. Places will be secured on a first-come-first-served basis. It is of course possible that your game finishes quite quickly, in which case you can either depart or choose to play another game in one of the other simultaneous displays, space permitting.

To register to play in the event please go to https://guildfordchess125.eventbrite.co.uk
Downloads are here – Chess Club invite | School Invite