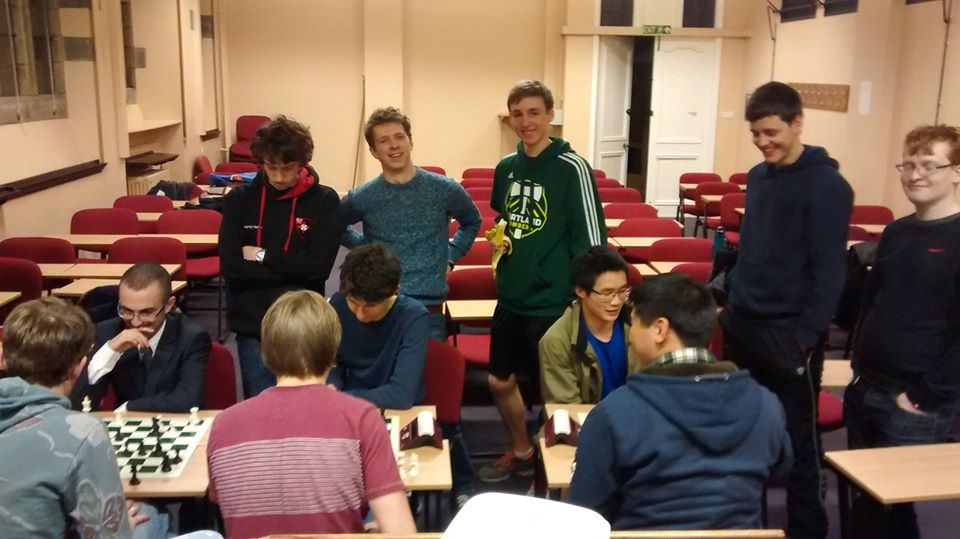 We are deeply saddened to inform everyone that Yoseph Helbawi passed away just this last week, aged 25. Yoseph, or Yoz as he was affectionately called, played chess for Durham University for several years, and became an integral part of the committee. He was responsible for its expansion and for the development of new players, diligently dedicating many hours to the society. He was a friend to all at the club.
Later on, after graduation, he assisted in setting up the chess society at St. Mary’s University in Twickenham, along with organising other tournaments, and continued to represent the Durham Alumni team.
He will be sorely missed by those fortunate enough to have known him.
If you would like to donate to the charity he supported please use this link below — https://www.gofundme.com/f/yoseph-memorial-fundraiser-for-anthony-nolan

Yoseph is seated on the left of the picture in a dark jacket, facing the camera