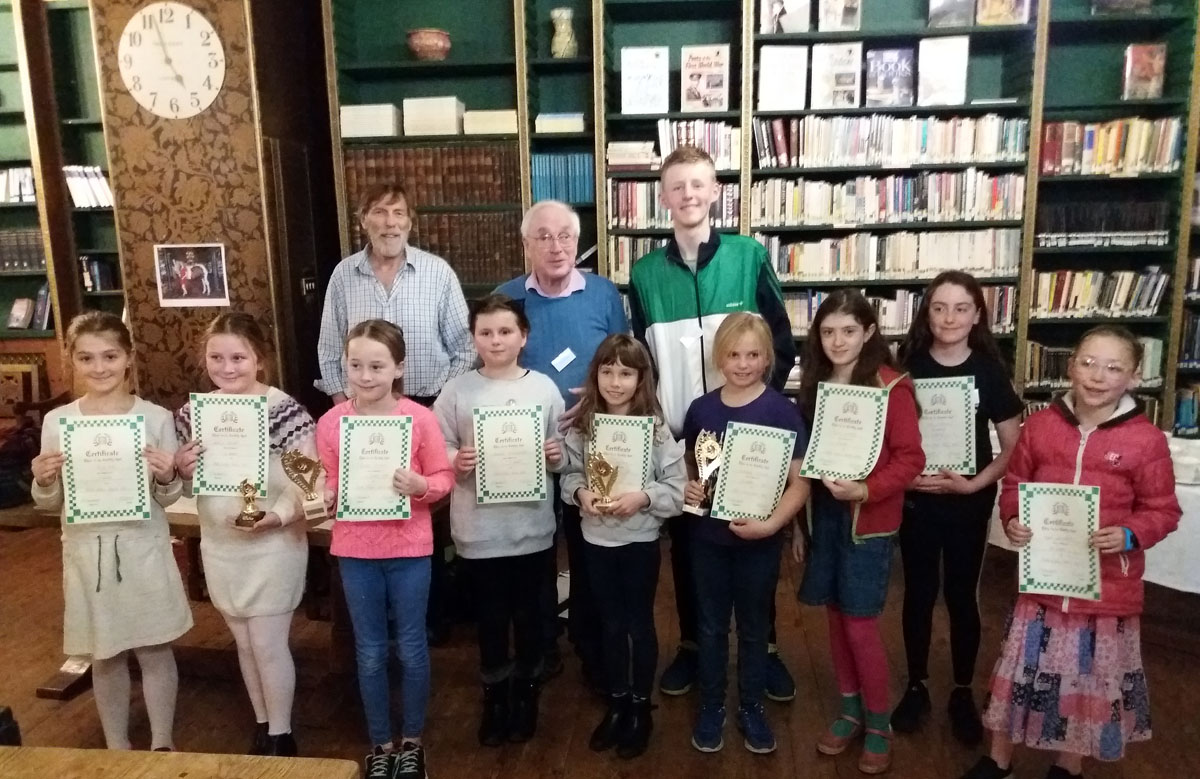 On Saturday 16th November 2019 at Queen Margaret’s School, Escrick near York. The aim of the day was to develop chess skills and have an enjoyable time. 10 girls attended and the day comprised two parts — Noel Stewart from York showed a famous game on the display board, demonstrating  how to build up an attack on the King and the power of the two Bishops, using a game won by Russian GM Alexandra Kosteniuk; and a Swiss competition was held over 5 rounds, with results as follows —

The session also showed how to notate games and how to use digital clocks. Many thanks to Noel Stewart, and Mike and Bradley Triffitt from York. This was the first time we’d used the excellent library facilities of the School. It is hoped to use them again for the Pennine Cup, early next year.