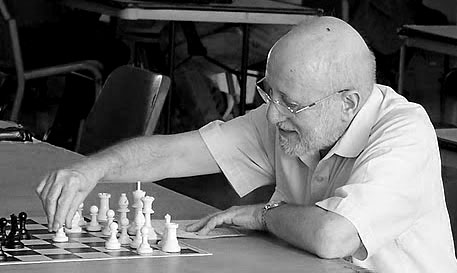 The history of British chess and its development during the 19th century makes a fascinating study. The British Chess Federation was not formed until 1904. Whilst this article is not intended to fully cover the earlier days in any great depth, it is interesting to record the conditions in which the game was played and the organisations which existed, in the years leading up to the formation of the BCF.

In the early 1800s there was no organised chess, as we know it today. Serious play was confined to match games between the few masters for a purse, such matches being played usually at one of the well-known chess meeting rooms in London. Masters would play amateurs on a handicap basis: these amateurs were no doubt usually gentlemen and certainly there was no organisation for the development of juniors. Match play could be very slow – up to 2 hours or more might be taken for a move and it was not until 1862 that a time control was introduced in a tournament. At that time hourglasses were used, the time control being 24 moves in 2 hours: chess clocks were introduced in 1883.

London and Paris were regarded as the principal centres of chess and many of the leading foreign players took up residence in London and contributed greatly to the development of the game in this country. Such names as Steinitz, Lowenthal, Gunsberg, Zukertort and others are closely associated with these early days of British chess. But of course it is Howard Staunton who is regarded as the doyen of British Chess and it was he who was mainly responsible for making London the leading centre in the middle of the 19th century. He perceived and organised the first international tournament in 1851 and was largely responsible for the game’s development in many ways, including the internationally agreed code of chess laws first published in 1860. It was a fitting tribute to Staunton that the BCF were able to organise a highly successful centenary tournament in his memory in 1951.

Unfortunately, the British Chess Association and the Counties Chess Association which arose out of the North Yorkshire and Durham Chess Association, were not able to work together and there appears to have been much wrangling and jealousy. There were also leading London clubs, especially the City of London and the St George’s. The Athenaeum is still one of London’s leading chess clubs. The London Chess League was founded in 1886 although its beginnings started in 1883.